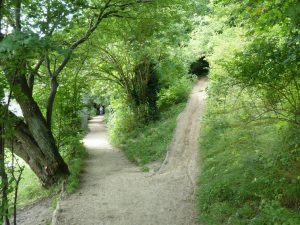 Okay, I know what you’re thinking: “Do we really need another ‘getting started in VO’ blog post?” There are hundreds of these out there, penned by every VO expert and thought leader you can think of. Add to that the almost daily posts on VO social media asking for and receiving advice, and it would seem that this horse is long overdue for the glue factory.

Yet, depending on where you turn for advice, it can sometimes be contradictory. Many of us consistently repeat the mantra that there are no shortcuts, with success in voiceover usually arriving as the end result of a methodical, studied approach that is not rushed and requires a substantial up front investment in coaching, demo production, branding and marketing.

Others suggest that this is all nonsense. Just jump on Fiverr with low-budget gear and fake it until you make it. Learn on the job, and let the chips fall where they may.

In between are folks who are dubious of both arguments, who believe diving in as an amateur on a beer-money site with no clear plan is foolish, but unable to grasp the value in spending thousands of dollars and many months or even years on training and preparation before throwing their hat into the ring.

Here’s where you probably expect me to reflexively return to the mantra of doing it the “right way,” right?

Here’s the thing; The folks advocating quick returns on Fiverr and VoiceBunny and the like are actually right. You can go on those sites with zero training, no professional demos, and average gear, and if you’ve got a nice sound and some natural ability you will book work. They are right about something else, too; People do make a respectable living from sites like Fiverr and VoiceBunny. I know of at least two talent that I can personally confirm earn over $100,000/year doing voiceovers on those platforms. That’s two out of tens of thousands, but it’s not impossible. Many hundreds if not thousands of others are supplementing their income or earning a living $20, $50, $75 at a time on these kinds of sites. If you’re coming from a retail or service industry job, that can look like a hell of a step up.

There’s a low-end in every business. Voiceover is no different. The vast majority of buyers on low-budget platforms would NEVER consider paying fair market rates to well-trained professional talent. Some companies will commission a team and spend six or even seven figures market testing the right logo for their brand and pay handsomely for a professional firm or artist to do the design. Others just want something decent for fifty bucks. That’s economics.

We’ve thrown a lot of shade over the years at people hyping Fiverr and similar sites as a great opportunity for voice talent. Some of these people have a slimy feel and try to trap you into spending hundreds or more to learn things that you could discover for free with some research, but others mean well and are sharing what they see as their path to a better life. Scammers and hucksters deserve shame, but those saying, “hey, this worked for me, and here’s how,” don’t.

Folks in the middle, those who aren’t big fans of the low-budget platforms and the wildcat cowboy approach to just diving into a new business, but who feel comfortable that a little bit of coaching and perhaps a single demo is enough to get them started both on more professional online platforms and with their own marketing, often find themselves torn between both worlds. They suspect that they have the inherent talent to compete for higher-end market-rate professional work, but they may have a pressing income need that dictates a streamlined approach. Often they will start out on platforms like Voice123 and Voices dot com after a handful of coaching sessions. Most successful pros would counsel against this approach, but the truth is that it serves a purpose for some people. I’ve seen many talent find themselves booking a handful of well-paying jobs per month after following this road. There are many in the industry who will tell aspiring VOs that if you are doing this for the money, or if that is your primary motivation, you are setting yourself up for failure. There’s a lot of validity to that, but it’s easy to proclaim high principles from the top of the mountain. People have debts, obligations, and need to feed their families. The judgement heaped upon them for not following orthodox paths has a way of making my skin crawl.

Of course, most of us preach a patient and well-considered approach for a reason. The question is, what do you want out of this business? If you are looking for a quick buck, the down and dirty or halfway methods might actually be right for you. However, if you are looking to make a career of this, they most definitely are not your best option.

Here’s what the people selling the short road either aren’t telling you or haven’t figured out for themselves: Yes, it can yield some income, but it comes at the expense of slowing down the long term arc of your earning potential and career path.

What do I mean by that?

A middling or mediocre talent working on a beer money site is probably in the right place. You might think that a high-booking talent on Fiverr should focus on moving up the food chain, but in truth most of the top bookers on sites like Fiverr have found their lane. They know the system like a pro, but talent-wise they are at their ceiling. Yes, you can hear a few great VOs on Fiverr, but once you start digging past a select few these are folks whom abundant coaching and unlimited demos wouldn’t make much difference for. They are unlikely to ever be competitive on more professional online sites, and would be DOA if presented to an agent or manager. People buying a Smart Car are not interested in the same things as people buying an Aston Martin or a Mercedes. These talent have found their market.

The ones who do have the chops, however, are costing themselves far more than they know. Are they booking? You bet! $10, $30, $75 at a time, all day every day. It adds up, and they are CONSTANTLY working. That’s the problem. Strong talent spending all day actually working micro-budget jobs are not developing their marketing, their branding, their skill set, or building a business that will sustain regular income without massive effort output on a daily basis. They can’t take vacations, they can’t get sick, and eventually all that work for not much pay will lead to massive burnout. It’s not sustainable, and even if they are earning $75,000/year working 60-80 hour weeks, if they actually have the fundamental ability they are preventing themselves from living a future where they can earn that much and more working 20-40 hours per week, with more time to rest, recover, and live. It’s short-term thinking. If it covers an immediate need, it’s understandable, but it is a dismal long term strategy for a quality talent.

The same applies to middle-of-the roaders. Yes, one can earn with less effort and training than a lot of experts would like you to believe, but these talent are missing the plot. If you can book consistently on near-market-rate platforms like Voice123, Voices, Voiceovers.com, bodalgo, VO Planet, etc….you are good enough to build your career the way you want. Competition on these sites is heavy at the high end, and if the market is validating your auditions you have something the market wants. That said, if these sites represent the totality of your strategy, and you don’t reinvest in training and the tools to grow your business, this is where you will live. That can be a respectable living, but once more you are leaving money and career growth on the table.

When you pay a top coach $150-$300/hour for coaching…….when you spend $1500-$3500 with a top demo producer……when you invest in the latest training with someone like Marc Scott on how to market yourself effectively and directly…..when you work with a branding expert or dedicated talent manager……you are declaring that YOU WANT MORE. One of my missions in this industry over the past decade in particular has been to reverse the trend of small-think that has infected the business. I have dozens of friends and colleagues in this industry earning healthy six-figure and even a few seven-figure incomes. None of them are on the micro-budget sites. Many of them are on the more professional sites, but very few of them earn more than 25% of their substantial incomes from those platforms. They have elite agents, management, well-established marketing processes, community engagement, and great SEO on their websites. They have diversified VO income streams, because they have spent the time and money needed to not just be good, to not just be a booker, to not just make a living, but to be ELITE.

The question is simple: What do you want your VO business to be? A quick buck? There are people who can help you with that. Steady but unspectacular? That can be done, too. Or do you choose to be elite?

There’s lots of advice out there about how to make money in VO. The advice you take dictates the results you’ll see.