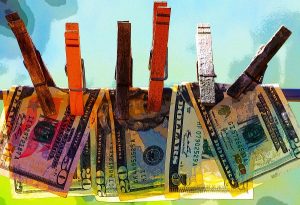 Voiceover talent and those aspiring to join their ranks are motivated by many different drivers. Ultimately, though, most talent can define their motivation down to one, (or a combination,) of three different things: The Art of Performing, Fame and Recognition, and Money.

Where you find your motivation is directly relevant to the kind of work you will want to do, and I often find today’s talent unsure of the best direction for their careers based on their motivation. So, let’s have a look at which of the different voiceover genres fit into each motivation category:

ART: Commercials in the modern VO world require proper acting chops, and what’s hot is constantly shifting with consumer tastes. This gives talent the opportunity to constantly hone their craft and learn new techniques, and commercial VO lets the voice actor play, with ad-libbing and getting playfully lost in the copy encouraged.

FAME: While most commercial VO actors don’t become famous for their work, opportunities do come along to voice an iconic campaign or character, and the actors who book those roles do often achieve some level of name recognition within the industry, and sometimes even in pop culture.

MONEY: Outside of celebrity-level animation, high end commercial work still offers the biggest paydays, especially at the union level. While commercial rates are under more pressure today than ever before, a major national campaign can still pay for a nice car, if not a house. Moreover, local and regional work, (though less lucrative on a job per job basis,) is abundant, and compensation for lower-level and non-union work is stable if not amazing.

ART: Animation VO is as close as most voice talent will ever come to being an on-camera actor. Bringing a character to life on TV or in a movie requires pure acting chops and a gleeful attitude towards the work. It’s no surprise that most animation actors find other genres of voiceover comparatively easy, as they have mastered the most challenging skills already.

FAME: Today’s most recognized voice actors, (with a few exceptions,) are animation actors. These roles are prized for their visibility and career-defining nature, and are sought after by most VOs who are in it for the recognition.

MONEY: At the high end, no one earns more than top animation VOs. Get a recurring role on a show like the Simpsons or Family Guy and you are, quite simply, set for life. Everyday animation can still pay very well, which adds to its allure. Though very much an LA animal, making it in animation is a great way to hit the VO trifecta.

ART: While Corporate Narration is not to be sneezed at in terms of talent, a good voice and solid reading ability will take you farther in this genre than they will in acting-heavy genres like Commercials and Animation. Ultimately, Corporate Narration lives within a fairly definable range, and once mastered is not a tremendous outlet for artistic exploration due to the dry nature of most of the content.

FAME: Corporate Narration rarely offers the ability to gain publicity or recognition from your work. With many projects under NDA, and most simply not of great interest to the general public, this genre is the height of VO anonymity.

MONEY: Corporate Narration is the blue collar lifeblood of many voiceover careers. Accounting for up to 50% of all actual VO jobs, this genre is no get rich quick enterprise, but with average rates between $300-$750 for what amounts to maybe twenty minutes of total work, and the possibility to negotiate limited-license buys, it can add up quickly. There are talent out there doing this work almost exclusively who are earning deep into six figures, and many more for whom it is a strong supplement.

ART: As E-Learning evolves with the learning styles of younger generations, it is moving in a more interactive and character-driven direction. Gamified E-Learning is hot, and many of today’s instructional modules are based around voice talent who can bring acting chops to the table. While much of the work in this genre is still dry, serious, and polished in tone, good actors have a leg up here. Heavy legal scrutiny of copy means you may not be able to go off script and ad-lib much, however.

FAME: Like Corporate and Industrial Narration, E-Learning is highly anonymous work. This genre is not for those driven by recognition.

MONEY: Like Corporate Narration, E-Learning is under-appreciated as a source of stable income. There is tons of this work out there, and not enough quality talent to do it. Moreover, E-Learning is highly lucrative. Top narrators can earn between $1,200 and $3,600 per finished hour of work. Like Corporate Narration, there are talent making a six figure living from E-Learning alone. There probably aren’t enough hours in the day to make millions annually in E-Learning, but you can do very well if you have the focus and endurance to handle volumes of copy every day.

ART: Like animation, videogames are the pinnacle of VO acting. Heavily taxing on the voice, videogame sessions can be marathons of non-stop performance action, and require total commitment to a character. If you love the art of VO, this genre is for you.

FAME: Today’s videogame actors are increasingly recognized in the gaming community, and many are becoming celebrities in their own right. Success in this field can lead to doors opening in animation and other genres, and can create opportunities to build a personal brand that offers the chance to become an icon.

MONEY: While top gaming actors often find financial success from the opportunities growing a following creates, pay for videogames is fairly lousy considering the time and vocal strain involved, as well as the piles of money game companies earn. Recent union negotiations failed to move the needle very far in the direction of fair compensation, so if you play in this field expect moderate financial returns at best until you become a household name.

ART: Yes, imaging and affiliate work is trending conversational in major markets just like everything else, but let’s be honest, the vast majority of work in these genres is still dominated by announcer voices, and that’s unlikely to change dramatically. Perfect the art of being ‘real,’ because you’ll get those specs, but imaging and affiliate work remain the land of best-pipes-win in many cases.

FAME: While imaging and affiliate voices certainly won’t be as recognized as major animation, videogame, and even commercial actors, some do become local celebrities in the markets they work in, and there remains a cool factor involved in regularly hearing yourself on the air, or being heard by friends and relatives.

MONEY: Imaging and affiliate work is a slog. Individual jobs pay fairly little, so getting work on a contract basis and becoming “the voice of” is the route to gaining some real income here. With a lot of this work being done on a swap basis between stations using on-air talent, those opportunities continue to decrease, but becoming a sought-after imaging or affiliate voice and inking a solid handful of contracts can add up to respectable numbers.

ART: Though certainly not as acting-heavy as commercials and character work, TV Narration requires a sense of timing and storytelling that is an art form of its own. Think of great narrators like David Attenborough and Peter Coyote, and how you hang on their every word. Being able to create that level of interest among an audience requires verbal and vocal mastery that few possess.

FAME: Narrating a popular show is a quick way to move up the VO pecking order, and in many cases to become a celebrity in your own right. Few genres are more consistently visible, and success as a TV narrator will bring lots of recognition.

MONEY: This is a great trifecta genre. While local and cable shows often pay as little as a few hundred dollars per episode, major regional and national level TV Narration can pay big league money, especially once a show catches on. Six figures annually from one show is not unheard of, and many of these programs pay thousands per episode. This is one reason that the very best of this work is still channeled almost exclusively through major union agencies in LA and New York.

ART: Like normal commercials, political commercials often require legit acting chops and the ability to get into character. While announcers are still very welcome in this genre, real voices get hired more and more each year, so the opportunity to hone your acting skills exists here.

FAME: With the exception of the occasional Hal Riney, political voiceover actors don’t usually take the spotlight. Moreover, political VO actors don’t always want to publicize their work if they are voicing for both sides.

MONEY: Pay is the upside to political VO. Rates are roughly equivalent to similar retail commercials, and in many cases can be a as much as 50-100% higher, especially when dealing with national-level or major state races where campaigns can be flush with cash. Bid these jobs aggressively.

ART: While many automotive spots are still classic announcers and screamers, just like all other commercial genres the conversational read is becoming more prominent. This is not the most dynamic space in VO, but you’ll still get a chance to play.

FAME: Every now and then an automotive VO becomes a local celebrity as the voice of a well-liked dealership, but that’s pretty rare. This work tends to be fairly anonymous, and the highest-end national level work often goes to Hollywood celebs.

MONEY: With a lot of the top-market work going to the Jon Hamms and Matthew McConaugheys of the world, that tends to leave local and regional work for the rest of us. Like imaging or affiliate work, individual jobs tend not to pay much, so getting contract-basis work to be the voice of a dealership or group of dealerships is essential to building steady income here. Once you get those contracts, the income can add up.

There you have it. A look at the main genres of voiceover and where they fit into your motivations for getting into this business. Which ones do you think are right for you?