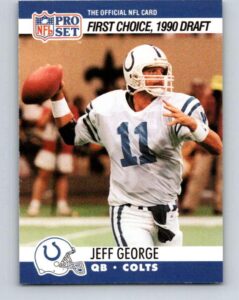 Talent. It’s defined as, “A special, often athletic, creative, or artistic aptitude.” This word frequently gets conflated with another word, ability, which is, “Possession of the means or skill to do something.” Cue the debate among creatives about whether the innate possession of talent or training is the key to success, or whether talent is simply a matter of skills acquisition.

In most cases, they work hand in hand. They are both important to success in any field, voice over being no exception. When searching for justifications for why someone is successful or not, it’s rarely a cut and dried matter of someone possessing inherent talent who utters one word in an audition and lands a career, or someone who could not string a sentence together without losing their listener simply working hard until they rose to the top of their game. Do both happen? Sure, but rarely.

Let’s talk about talent for a moment, and why it’s important to have some natural ability if you want to succeed in voiceover. Natural talent in voice acting is like an aspiring quarterback with an incredibly strong arm. Players like Jeff George and JaMarcus Russell demonstrate that talent alone is no guarantee of success, but there aren’t many guys who make it in the NFL as a QB who can’t put some heat on the ball.

I have to say that most of the people I’ve seen hit six figures plus in VO have a level of natural talent, (and no less important, well-rounded knowledge of the world,) that makes performing relatively easy for them compared to most. That isn’t to say that they don’t have to work at and refine their craft, but rather that they have the most potential for growth and success through training and development. The more talent at the start, the easier it is to acquire the skills needed to move farther in their career, faster.

It’s not that hard work doesn’t pay off. It can. I’ve seen talent I would define as mediocre, (and they might define me the same way, to be fair,) earn hundreds of thousands of dollars a year in VO by dedicating themselves to building a business that maximizes their more limited skill set. I have also seen others fail despite being world-beaters in terms of natural aptitude, for lack of hustle.

That said, I do think the message of “keep plugging away,” becomes harmful after a while……if you’re not seeing results several years in, that’s the market telling you something. It doesn’t mean your dream is over, but it’s a strong signal. Always remember to consider the source of advice to keep at it when you are in the red after years of effort or investment…..are they trying to sell you something?

There’s a culture of, “This thing takes ten years,” out there that strikes me as being driven by a sales-based agenda. It really doesn’t take that long for most people who are going to make it, (there will always be exceptions.)

Hard work and diligence are important, but be honest with yourself about your skillset, because fundamental talent does play a part, which is why musicians and actors and even some broadcasters often have an easier road in VO. And yes, you can keep plugging away and working hard, but if that effort is not paying off, you may be happier expending it elsewhere, and you may avoid throwing good money after bad.