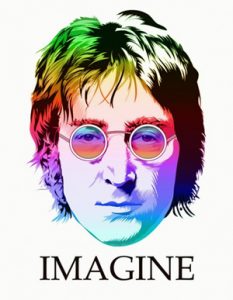 When was the last time you intentionally watched a commercial while viewing a television program? If you are like most people, you were watching that program on a DVR, where you can fast forward for no commercials, or on a streaming service like Netflix where no commercials exist in the first place. Voice talent may purposefully watch commercials as a market research function, but we are distinctly unique in this pursuit. For the majority of content users, advertising is an unwelcome intrusion, avoided at almost any cost.
This is particularly true of the millennial generation, which has consistently rejected all forms of traditional advertising. Most 18-30 year olds have little affinity for traditional television, preferring to steam most of their content. Services that have little or no commercial presence are particularly popular. Watching the boob tube has become a function of disappearing demographic segments that no longer drive commerce.
A recent Washington Post article (see link below) cited alarming decline rates in traditional TV viewership. Similarly, there continues to be a shift away from terrestrial radio to the far less commercial-saturated satellite format. Moreover, statistics have shown that even internet pre-roll advertising on sites like YouTube is impacted by shifting expectations among target demographics. “Skip this ad” options are selected as soon as they are available, and many people abandon the selected content if they are forced to watch a commercial against their will. Furthermore, even if they do stick around, the advertiser runs the risk of having created a negative association instead of a positive one, and poisoning the very customer they intended to capture.
Remember, younger generations won’t be young forever. In ten years, some millennials will be entering their forties, and their children’s attitudes will be shaped by their own.
What does this mean for the voiceover industry?
Let’s envision the no commercial VO marketplace in 2025. Media will be more interactive, with 3D and its successors becoming more prominent. Content marketing will evolve to capture not just the attention but the engagement of a generation unwilling to experience passive advertising. Movie trailers will no longer use voice, instead becoming immersive experiences with the audience selecting content via instant feedback inputs. Broadcast television will have evolved into an almost entirely streaming medium, where advertisers will learn to hawk their wares in more subtle and interactive ways. Vignettes with stars and episodic content will have replaced the classic commercial spot, and any VO present in the content will be narrative and storytelling in nature.
Radio will only be a few steps behind, with cars embedding satellite radio and its offspring almost universally as costs decline. With the vehicle market shifting towards driverless cars in the next 10-20 years, radio itself may begin to see the end of its usefulness, as passengers can engage in video and communications content during their trip without endangering their safety.
Thus, as the voicoever industry remains transfixed today by the holy grail of national campaigns with heavy residuals, we may be entering into a period of rapid transition to a VO world where commercial work essentially no longer exists.
Terrifying yes, but it doesn’t mean the end for us.
As commercial VO begins its inevitable decline, we can take solace in the sectors of our industry that are growing rapidly; E-Learning, internal corporate narration, internet video narration and explainers, animation, video games, and audiobooks.
These segments have seen exponential growth in the past few years, and the evolution of media suggests that the growth will continue unabated for the foreseeable future. As impressions and consumer buy-in to these segments grow, we have the opportunity to begin reimagining rate structures for new media that will allow the transition away from commercial work to be less intimidating.
This should be a particular point of emphasis in video games and internet spaces, as these areas are already overtaking broadcast commercials in terms of audience. As this new media rises, talent, and those who represent us both among agencies, unions, and guilds like World Voices should begin  insisting that pay climbs in a manner commensurate with viewership, as the added value of the VO in these media achieves the same critical mass as it currently has in broadcast work.
The industry is changing, as it always has. As talent, we must prepare for what is next, lest we find ourselves overtaken by it.
Are you ready?
*http://www.washingtonpost.com/news/business/wp/2015/03/11/americans-are-moving-faster-than-ever-away-from-traditional-tv/