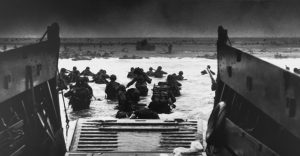 Type “hire voiceover” into Google. Go ahead, I dare you. What do you see?

Here’s what I saw when I did just that a few moments ago, in order of listing from top to bottom, (excluding sub-pages of sites listed here.):

Page one of Google. Paid and organic. If, like 95% of the people hiring voice actors today, you know nothing about our industry, this is what you will first find when doing an internet search. Results can vary as searches get more specific, with individual talent sites often populating the organic parts of page one, but when it comes to the most-searched term in our business, there is nary a talent site, agency, casting director or union to be found. 100% online casting platforms or sites leading to them.

Let that sink in for a moment.

Let’s be honest with ourselves. Very few individual talent or agencies have the resources to devote to competing for SEO space with these sites, which are likely spending 5-6-figures per month on AdWords and other SEO tricks. SAG/AFTRA has the resources, but lacks the inclination, (though maybe five years from now when the exact same thing is happening to everything but the highest-profile on-camera jobs, they will.) Therefore, the status quo is unlikely to change. Unless and until the union or a similar labor-minded major player gets in the game with millions in funding, casting sites will grow larger and larger as they aggregate more and more of the vast non-union voiceover market, (with one, of course, trying to break into the union side as well.)

That’s why it is disturbing how many people within our industry continue to paint all sites with the same brush, categorically rejecting the concept of online casting sites with paid memberships. While we all dearly wish we could go back in time and let everything pass through our agents in a fully relationship-based industry, technology has changed the game. That doesn’t  mean that a prominent place for traditional casting and self-marketed work doesn’t exist, (SAG/AFTRA will continue to control the very best work for a variety of reasons, and one can build a great business by doing their own marketing,) but simply that the majority of voiceover work will almost certainly go through online casting platforms for the foreseeable future. The results speak for themselves, and no amount of wishing will make it otherwise. Unless a buyer has a preexisting knowledge of our industry’s traditional work channels, like any other good or service out there they will almost certainly begin by searching for it on the internet. This is not behavior we can control.

The good news, however, is that the behavior of online casting sites and their parent companies or investors IS something we can control, and it is already happening.

It may not seem like it given the general mood of the labor side of our business, but we are winning the war.

Voices.com’s takeover and absorption of Voicebank, (after the predictable lies that such an absorption would not happen,) stirred the industry to action. Alliances of agents have formed, new and well-funded alternatives to Voicebank are launching, existing casting sites are modifying their behavior to adapt to talent demands, and well-funded new players are exploring the marketplace. In their typical ham-fisted fashion, Voices.com’s mendacity is leading to the exact opposite of their desired outcome of industry domination.

The quality of jobs on their platform continues to diminish, and the quantity is not increasing the way one might expect with all of their efforts. The agents they list from the acquisition are a fraction of those who were there before. Their overtures to the union have been largely rejected, and have created massive pushback among prominent union members. Top talent continue leaving the site and many more continue removing their profiles. When Googling Voices.com negative reviews populate the first two pages of organic results, leading any company doing their due diligence to think twice. Voice actors are not a dime-a-dozen. We are not ride-share drivers easily replaced and subjugated. We are powerful because we are the product these sites offer, and there are only so many of us who can do this job well.

Beyond Voices.com, Fiverr.com has become so toxic among the respectable elements in the voiceover talent/agent/producer community that talent who work through the platform risk being actively blackballed. Very few recognizable talent use the site as a result.

The community of voice actors, agents, casting directors, and others stakeholders has the power to change behavior if and when we fight back. BUT, we must contest the field of battle if we are to succeed.

To paint all of the pay to play sites with the same brush is to refuse to fight. When we lump Voice123.com and bodalgo.com in with likes of the exploiters, when these sites act strictly as matchmakers, we surrender the battlefield to the whims of those who would take mind-numbing commissions and attack our way of life.

Yes, Voice123 is related to Voicebunny, which is a low-budget high-commission platform, but they are distinctly different business models attracting distinctly different talent and buyers in most cases, and Voicebunny is transparent about the shockingly high commission they take. Moreover, the parent company, Torre, actively keeps the sites separate and avoids poaching jobs from 123 for use on Bunny. I’m not a fan of the Voicebunny model, but as long as Voice123 is maintained as a matchmaker-only professional-level site, it is something to be supported. Frankly, if the management at Voices.com had demonstrated the foresight to separate their rapacious Professional Services division from the core site when they first had the idea, they would likely not be in the credibility sinkhole that they find themselves in today.

Ultimately, organizations like SAG/AFTRA and WoVO are right to lend their help to agents, casting directors, and traditional industry players, but if they want to truly join and win the fight they must found and fund their own entries into the classic online casting space, or partner with the existing players who operate ethically and transparently. A union aligned with bodalgo.com or Voice123, or Voice Casting Hub, or Cast Voices/A360 (which is entering the on-camera space as well,) or all of them would be a death blow to the ambitions of those who would use the industry for their own ends. Failure to do so is to ignore the reality of shifting consumer behavior when it comes to hiring voice actors and to concede the massive online casting marketplace to the bad guys.

As talent we must continue to offer feedback to our agents, the union/s, industry guilds and other stakeholders about how important their involvement is not just in restoring the traditional world of casting, but in mounting that list of search results when someone wants to “hire voiceover.”

The world is waking up to the threat posed by certain pay-to-play and discount casting sites, and talent are moving the needle of site conduct like never before. Supporting our agents, SAG/AFTRA, and other brick and mortar players is essential….but we must also take the battle to the front lines, and ensure that online casting is run for the profit and benefit of everyone, and not a greedy few. There is no fighting against technology and consumer choice. We storm the beaches today, or tomorrow the enemy will be even more entrenched. It’s our choice.