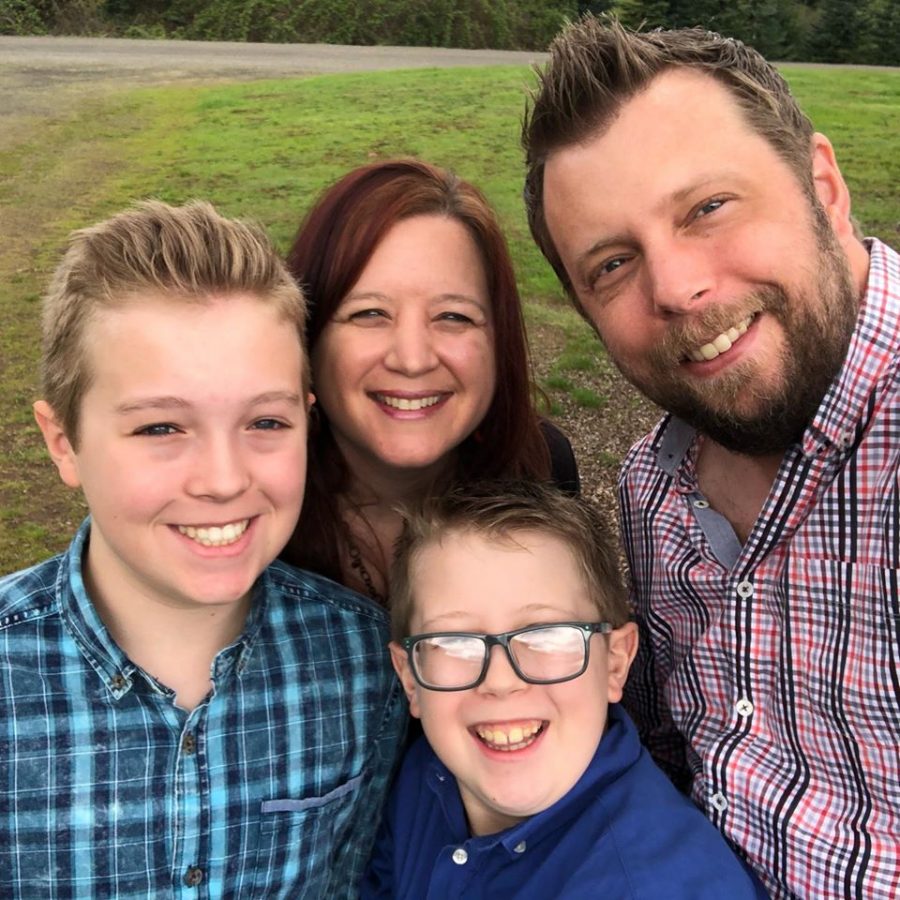 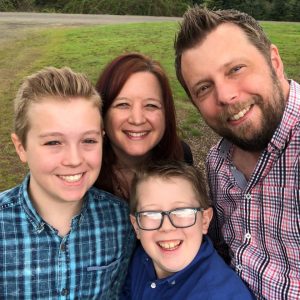 JMC: Tell us about your career as a VO.

Michelle: I’ve always had a passion for words and music. I grew up acting out Shakespeare for family talent nights and singing for anybody and everybody…anywhere.  I’ve sung professionally since my childhood days and have held positions in the corporate world that taught me everything I need to know about follow- through, planning and being ready to execute that plan.  All of these things mixed with the love of brands, led me to the incredible world of Voice Over.

My VO career started six years ago.  I contacted my good friend and talent extraordinaire Melissa Disney to see if she would be interested in being my acting coach. I trained with her for a solid year before even touching one audition.  I used this time to take in everything I could from her and grow as an actor and eventually dive into who I am as a brand.  After a year of training and making a plan for my business, I started submitting auditions and booked my first voice over job within a few days!  I was ecstatic! My first year proved to be successful, but I knew I wanted to learn more and take my business to the next level, which included training with some guy called JMC.

Around the same time, I also submitted to a few agencies that I thought might be a good fit for both parties and am proud to say I’m represented by some of the absolute best agents all across the U.S.

I’ve had the privilege of voicing everything from an A.I. Character for the Nintendo WiiU Starghost Game and a Movie Trailer for The African Survivors, to voicing a Superbowl Car Commercial, an HGTV National spot and voicing thousands more projects for Radio, TV and Corporate Narration.  I’m thankful for the incredible conferences, sessions, coaches, family and friends that continue to inspire me and support me on my path, and hopefully I can always give something back in return to each of them.

How did Everett and Ashton get interested in voice acting?

I think they’ve always shown a little bit of quirky, mixed with some crazy, and they both have a very serious and compassionate side that reflects an old soul.

All of those great character traits makes for a versatile voice actor.  They are both thrilled to be professional actors!

As an award-nominated VO yourself, was starting the boys in the business a natural fit?

Starting the boys in the business was both rewarding and tough at the same time.  I was already very busy with my voice over clients and really didn’t see how it would be possible to manage the boys’ as well.

Both Everett and Ashton had that strong will, the passion and the parents to support them in their journey.

Once they decided they wanted to do it, I would say it was very natural, but also a frustrating and sometimes bumpy road.  They had me as their built-in coach and director for auditions and jobs that didn’t need a directed session. They had their Dad who is a professional music producer and engineer, able to assist their sessions, edit and even produce their demos.  It has become a true entertainment “All in the Family.”  So, yes, more natural than not.

Describe the process you went through when launching their VO business.

I sat both boys down and had a serious talk with them about life goals and determination and making sure you still play and have fun.  I asked both of them if voice acting is something they wanted, not just because of the money, but because of wanting to act, to story tell and to be a business owner.  They both said “YES!”  I suggested that they give everything they have to it for one year and then we would reevaluate at the end of that year.  If they decided they loved it, we’d keep it going with no sign of turning back.  On the other end of the spectrum, if after that year, one or both of them decided it wasn’t for them, I’d support that decision too.  So, I began working through scripts with them and helping them with their branding.  We put outfits together, took professional pictures at scenic places and started putting together their website platform.  Kudos to their Dad, Steve Sundholm for the photography, their website and even producing their demos!  They were ready for someone other than their “Mom” to learn from and that is when we found out about the magnificent Lisa Biggs.  She started working with them as their voice coach and sending them auditions. Things really started to come together and they both began booking jobs and were welcomed onto agency rosters.

Has it been more difficult than you anticipated? Less?

I knew it would be difficult, only because there is only so much time in the day AND…they’re kids.  I also knew that if they accepted the challenge of riding out the daily rejection roller-coaster, that they would become young businessmen through the process and hone their craft of acting into something unique and special.

What has been their most interesting/exciting role/s so far?

They both have had some pretty epic roles and opportunities and really get into each project they’re hired for.  Each job can be both fun and challenging, but a GOOD challenge.  You can never have growth without a little stretching, right?

I would say Ashton’s top favorites were voicing for the character “Winston” on the Weebles, his National TV spot for Nestle Pure Life Water, and voicing as the Character “Chutlu,” the purple elephant for the popular game Heroes of New Earth.

Everett’s favorites also include voicing for the Weebles as the character “Wally” and being cast as the voice of the top 100 Amazon Selling Fisher-Price Toy RockIt!  He enjoyed collaborating with his colleague and friend Cassie Glow who is RockIt’s best friend.

And…of course…their absolute #1 favorite is a job they voiced TOGETHER this past year called “Let Vader Handle It” for STAR WARS LEGOS!  What kid, (or adult,) wouldn’t thing that was the coolest?!  They are avid Star Wars fans and have a ton of LEGOS including the Death Star and The Millennium Falcon that they bought all by themselves with some of their VO wages.

What type of work do the boys find themselves doing most frequently?

The boys have voiced many different genres.  Everything from Animation and Video Games, to Corporate Narration, Commercials and Singing.  I would say they book broadcast spots and web videos the most frequently.

Where do you see their careers going from here.

I see very bright futures for both Everett and Ashton.  Yes, I AM their Mom and I’m pretty sure any parent would say that about their kids, but I see them taking this seriously, while also making sure to have fun with it.  I think that is the perfect balance.  They both strive to do great work and always give respect to the creative director and client, but still reveal their personality in the directed session.  They had some amazing news just this past month!  Along with myself, they were just welcomed to Pandora’s talent roster!  I know they will do excellent work for them and am very proud.

I can see Everett voicing movie trailers and documentaries as he gets older.  His voice has always had a really great texture that blends with anything, but stands out at the same time.  He has a natural lower register that would work quite nicely in those genres.

For Ashton, I see him getting into voicing more video games and breaking into the world of promo!  He has a ton of natural energy and can take that energy from high to low and back in a split second, or so it seems. He also has a very caring side and would do anything for a lost puppy, so maybe more PSAs as well!

Everett was nominated for a Voice Arts Awards this year. How did he react?

Yes, we were so excited for him!  Everett has worked very hard to be honored as a nominee in The Best Toy Category for his Fisher-Price RockIt!  He had to learn thirteen songs in one day and be ready to be on his own during the two-and-a-half-hour live-directed session.  I always tell the boys that I’ll help them before the session, but once the session begins, it’s just the director, the client and them on their own and getting the story/character across to the listener with impactful meaning.

When I told Everett, he just stared at me with no smile or any expression really…  THEN…a huge smile!  I think he was shocked, but incredibly happy!  He’s looking forward to walking the red carpet in his new suit at the Voice Arts Awards.  The event is held on November 17, 2019 at The Warner Bros. Theater in Burbank, CA, and hosted by the inspirational and classy Joan Baker and Rudy Gaskins, the creators of SOVAS.

For parents with young talent, leave them with one key piece of advice.

My one piece of advice to parents with young talent is to make sure that your child has an authentic PASSION to get into voice over.  Without a natural desire to act and tell the story, their career will end before it begins.  All the training, demos and fancy gear won’t make the listener listen.  It has to come from an authentic place.