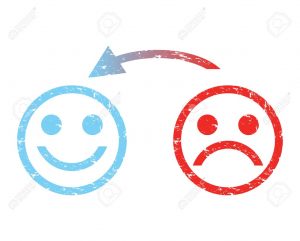 When things are going well, it’s easy to start thinking you are a superhero, capable of handling Herculean tasks without breaking a sweat. Saying yes to every client request becomes second nature until you have your day scheduled down to five-minute blocks trying to maximize and monetize every second. It can be a rush, and greatly satisfying when hard work comes to fruition, but sometimes we ask too much of ourselves and need to practice service recovery. Recently, during my EURO VO Retreat in Barcelona, I had one of those moments where I overestimated my ability to handle everything at once, and it almost cost me a fantastic client.

With our beautiful Studiobricks booth set up at the villa, and having the occasional hour or two between presenting and hosting duties, I decided booking some client sessions wouldn’t be a bad idea. The first couple went off without a hitch, but on Tuesday night I woke up restless at 2 AM, knowing that I was well behind on email, administrative tasks, and other minutiae that probably could have waited. I tried falling back to sleep, but after thirty minutes abandoned the effort and went to the living room to work on my laptop. I figured I would work for an hour and then be able to crawl back in bed until 6; Fortunately, our son Tom had been sleeping well, so this sounded like a reasonable plan. Instead, I worked until sunrise, getting into marketing and demo editing after the emails. Before I knew it, breakfast-time rolled around and it was time to put my host hat on. Okay, I thought, I can do one night with no sleep. No problem.

I had scheduled a 90-minute live-directed session with a major new client for that afternoon. I presented on conversational reads in the morning and my energy was fine, but by lunchtime, I was starting to fade. Nevertheless, the show must go on, so at the designated hour I set my laptop, 416, and travel preamp up in the booth, and opened a session awaiting the client. Connectivity at the villa was not the best, so the client was already a little irritated by the occasional mis-connects and dropouts. But, the session went well. We got through about a dozen scripts in a little over an hour, and everything seemed good to go. I had a quick listen to the raw file through the computer speakers, and not sensing anything amiss, (I’d done this a thousand times, right,) I endured the slow upload to Dropbox and fired that bad boy off.

Then the panicked email came. Something was wrong with the audio. I sounded off-mic and tinny. Impossible, I thought….I was on a 416 with a decent pre in a quality booth, and I like to think I know my way around a mic. Just to be sure, I grabbed my all-star audio engineer A.J. McKay to have a quick listen with me and tell me I wasn’t nuts. Problem was….I screwed up. Rushing from hosting duties into the booth, on two hours of sleep, I had failed to do one simple but crucial thing…..change the input on my laptop from the computer mic to the preamp. The client had over an hour of audio recorded on the very high-end, industry-standard voiceover mic which Sony builds into every new Vaio. OMFG.

Not only that, I had training to do that afternoon and a dinner to host later. There was no fixing this until the next day. The client was understandably livid, having hired not just my voice but my credentials and experience as well. It was easily the biggest VO Fail I’ve had in the past decade, and I was about to lose the account.

I fell on my sword, dropped the bravado, and explained what had happened and why they would have to wait. I fully expected them to toss me out like a radioactive potato. But, I sincerely apologized, and I offered to comp them 100% of the work that would be done throughout the week, until I returned to my studio, regardless of whether they kept me on or not. This was several thousand dollars worth of spots. I also offered them schedule priority for the week I returned and told them I would clear any times they needed since they were now behind on delivery.

When I stay at a hotel, and their laundry service ruins one of my shirts, I expect them not just to pay for the shirt but to make a gesture of apology as well. A smart hotel will do something that has a quantifiable value, like send up one of those $30 bottles of Champagne that they charge $100 for through room service, or offer a free dinner. It makes you forget their mistake and builds trust through a show of good faith. You suddenly like them again, and not because they just threw money at the problem, but because they demonstrated contrition by taking something out of their own pocket that they didn’t have to.

Smart companies engage in service recovery that delights the customer. Everyone screws up once in a while. It’s how you handle it that determines whether it ends the relationship, or gives you a chance to build new trust. In your VO business, when you fail, when you try to be super-human and realize you aren’t, and when your clients suffer because of it, fix the problem, and then show them your sincerity by doing something they won’t soon forget. You might just save the relationship.

Anyway, I’ve gotta run. I have another dozen spots to do for that client in just a few minutes.