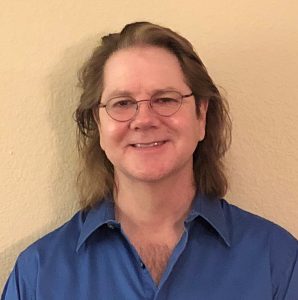 Many of you know that A.J. McKay is the Lead Audio Engineer for JMC Demos. He’s become a bit of a rockstar over the years, and deservedly so, but what many don’t realize is that A.J. leads a team of five world-class audio engineers who handle various aspects of production for JMC Demos. Today, I’d like to introduce you to John Krauss, who has been lending his engineering brilliance to JMC Demos clients for over two years.

John Krauss began sewing the seeds of his passion for audio production as a young musician in elementary school while studying the clarinet.  As a lover of music, he eventually began learning guitar and started recording/performing on a regular basis.  Through his experience as a musician in recording studios, he fell in love with records and recorded sound in general.  Thus, he wanted to learn about the process on the “other side of the glass.”  He taught himself audio engineering/record production from books, mentors, and countless hours intently listening to records.

In 2002 he began working at the famed Cue Recording Studios in the Washington, D.C. area.  While there, he quickly graduated from staff engineer to staff producer/composer, both writing and producing music for many clients.  In addition to many music projects, he also became the “go-to” guy for audiobook production.  With audiobook credits including Archbishop Desmond Tutu’s God Has A Dream, John Block’s weekly radio program Block Reports, and commercials by the late actor/congressman Fred Thompson, John has had to wear many different hats, often during the same day.  Versatility has been his strength.

In 2018, John received two nominations in the annual Voice Arts Awards, credited as Audio Engineer in the Outstanding Commercial Demo Reel category, and this year John has secured three nominations for his work on Commercial & TV Narration/Documentary demos for JMC Demos clients.

It’s been a privilege having John on the team, and I’m looking forward to even bigger and better things for him. Like A.J. McKay, John Krauss is an example of the commitment to quality the JMC Demos brand embodies, and we are thrilled he’s helped sustain and build that reputation.