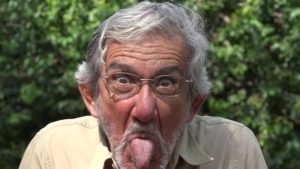 Young. Fresh. Hip. Current. Real. Gen Y. Gen Z. Millennial. If you’ve been around the voiceover industry for more than a week you’ve probably learned those terms by heart. They are the adjectives that have dominated voiceover casting for the past five years, as buyers have flocked to youthful talent with the sound of the 18-34 generation that is so heavily targeted, especially in advertising.

Indeed, many middle-aged and senior talent who have entered the market in the past decade with golden voices and enunciation to spare have been shocked to find demand for their dulcet tones on the wane, and have struggled to understand why experience and gravitas no longer seemed to fit the majority of casting specs.

The world has been tumultuous for a while, but with an economy that was generally doing well, low unemployment, and few large-scale concerns other than daily grumbles about politics or corporate greed, the order of the day for the better part of the twenty-teens was chill, casual, and relaxed. Less-is-more dominated the voice casting zeitgeist, and the fresher and less intentional your reads the better. Talent under 30 owned castings in broadcast genres, and made strong inroads into even traditionally weighty fields like Corporate Narration, e-Learning, and Medical Narration.

Sadly, 2020 happened. With one terrifying headline after another emerging from early in the year, the voiceover industry hit an inflection point, unlike anything I’ve ever seen. Indeed, for a period of time in March, as the COVID pandemic was new and beyond frightening, demand for younger talent came to very nearly a screeching halt. Suddenly every spec was 35-65, warm, reassuring, calming, and authoritative. Zoomers got ghosted by buyers across the genre spectrum. Under-30s were sitting in front of their 416s waiting for calls from agents that just weren’t coming. It was like a switch had flipped.

Since the dark early days of the crisis the industry has pivoted back to a middle ground, but one trend remains clear: Older talent is more in demand right now than at any time in the past decade. The average voiceover casting brief I see currently is 35-45, whereas just six months ago it was heavily 18-30. There are more jobs looking for 40-65+ talent than at any time in recent memory. Fortunately for younger talent, fatigue with the haunting tone of so many crisis spots has shifted a good deal of work back in the direction of the younger set, but there is a new balance that I expect will last for some time.

If your sound is 40+, this is your moment. The market is calling. Are you prepared to answer?

As for you youngsters…..us middle-aged folks are happy to see you booking again, but please…..stay the hell off of our lawn.