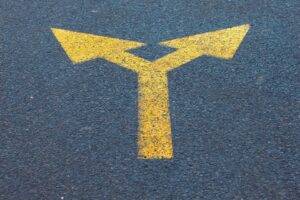 If you are a voice actor who makes any substantial portion of your income from Voice123 or Voices.com, it’s time for you to get on Fiverr.

Buried the lede there, didn’t I?

Has JMC gone off his meds, you ask? No. Not today at least. And let me be very clear……I am NOT advocating the use of Fiverr by professional talent. I do not presume to judge anyone who earns money doing voiceovers on Fiverr or other low budget platforms. I’m not so arrogant as to believe I can put myself in their shoes and understand their circumstances. It’s not a platform that I find appealing professionally or personally, and therefore I don’t partake, but to each their own.

However, if you are a professional talent earning professional industry-standard rates on the major pay to play sites, the acquisition of Voice123 by Backstage demands that you learn how to use Fiverr at your earliest convenience.

If you have been paying attention over the last two years, you’ll have noticed significant changes made to the functionality of Voice123 and Voices.com. Voice123 has had a complete makeover, and has begun to incorporate more and more features designed to drive not just traffic, but engagement. From rating and ranking systems to endorsements to direct booking features and an incunabular escrow system, the changes to Voice123 are designed to create more touchpoints to keep buyers and VOs on the platform longer, all of which can potentially be monetized over time.

Voices.com has also made engagement-driven changes, and has stepped out front in adding additional voiceover-adjacent services to its offerings to buyers.

These changes are only the very beginnings of an evolution of both of these platforms to become larger multi-service marketplaces based off of the Fiverr model.

Why would they do this? Simple. It’s all about the Benjamins.

Fiverr has a market capitalization of $7.8 billion. Billion. With a B.

Now, to be fair, voiceover is but one component of the traffic on Fiverr, which offers a wide array of freelance services often at bargain basement prices. However, if you add up all of the other P2Ps, including Voices and Voice123, combine them, and multiply the traffic by ten, that’s how much voiceover work is touching Fiverr every day. They are a billion dollar company with a national-level advertising budget that dwarfs the tens of thousands that Voice123 and Voices can spend. Yes, the vast majority of that work is thirty-dollar-a-holler stuff that pros won’t touch, but that doesn’t matter to investors and big tech. Like a ride share service or food delivery app, the money is made on the churn. Every interaction with the platform is monetized, and it’s all about quantity, not quality. Private equity companies see engagement and transaction volume, and they see dollar signs.

Backstage recently acquired Mandy, a UK-based freelance platform that many voice actors and on-camera actors use, as well as several other freelance platforms that are less well-known among VOs. By adding Voice123, they are capturing as much potential traffic as their bankroll will allow. While these sites may continue to operate independently for a time, eventually you can expect them to evolve into a mega-platform that will be attractive as an acquisition target to even bigger fish like Amazon, Google, Facebook, etc…., and the model that has proven most successful from a sheer revenue and traffic standpoint in this regard is Fiverr.

Voices.com are no dummies either. Guided by relationships with their own institutional investors, they are positioning themselves for their own play into the services marketplace arena on a broader scale, and over time, you can expect that platform to evolve into something that functionally and cosmetically very much resembles Fiverr as well, as they look to capitalize on the freelance services industry’s most effective model.

Meanwhile, boutique platforms like bodalgo.com, VOPlanet, and CastVoices will continue to take more talent-centric approaches that focus on quality over quantity, because the ownership of these platforms are industry people first and tech entrepreneurs second who are eager to make a profit, but not obsessed with becoming billionaires. As the coming years unfold, you will see a very stark divide emerge between sites that are smaller and focused on professional quality and professional rates, and massive conglomerates that acquire competitors and focus only on traffic regardless of the value of the transaction, (which is not to say they will be entirely bereft of quality work.)

What does all of this mean for the hundreds of serious pro VOs who earn consistently from Voice123 and Voices.com. It means you need to start learning the mechanics of Fiverr. Not because you will be using that platform specifically as a place to generate work in the future, (though with a $7.8 billion dollar valuation, who knows, they might eventually just gobble up all the other players,) but because the platforms you are familiar with will start to look a lot more like Fiverr in the not too distant future. You need to learn the algorithmic principles that drive success on Fiverr, how those who use that platform manipulate the system to rank as highly as possible, what it looks like to be ranked, rated, and held at the mercy of the buyer, (having observed quite a few of the Fiverr-centric social media groups over the past two years out of curiosity, and also because I knew this evolution was coming, the unfortunate answer is it is rather soul-sucking,) and be prepared to adapt to the coming changes. Or, perhaps, begin to de-emphasize online casting sites as part of your business plan altogether and focus on the massive growth of search-based casting, direct marketing, and building stronger relationships with the agencies and other gatekeepers who are forward-thinking enough to remain viable.

People have long complained that online casting platforms make commodities of voice actors. While there has always been an element of truth to that, many VOs have been able to use these platforms in a manner that was both highly profitable and respectful of the greater industry at large. But as these sites evolve from mom and pop startups run by smiling Canadians and Colombians into mature corporations controlled by bigger and bigger masters, the future may look a lot more like running the rate race at the direction of the folks in the C-Suite. If you plan to be a part of that future, you need to learn how it works.

Next PostKeeping the Fire Burning: 3 Tips to Stay Moti...