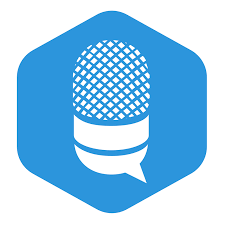 A few weeks ago I reported here on the initial changes to Voice123.com and the issues being encountered by users of the site. At that time I approached the re-launch from a glass-half-full perspective, having faith that the positive things I was being told behind the scenes by Voice123 leadership would bear out over time.

I will not defend the rollout of the new version. We may not fully grasp the technical challenges faced by the Voice123 team, the complexity of the work being done on things that to us seem like they should be simple fixes, or the staffing and manpower issues that this company faces. Nevertheless, as paying customers who represent the site’s sole source of revenue, I think we can all agree that Voice123 talent deserved better, both in terms of functionality and communication.

As of right now there are still a number of issues that are in flux, and which need to be fixed. I will address those shortly.

For the moment, however, I am pleased that I can report some good news today.

I have been in constant contact with Voice123 CEO Rolf Veldman and other team members since the rollout, and have been feeding back all of the concerns I have seen posted online, as well as my own issues and perspectives. As you can imagine, at times these conversations have been heated, though cordial. Ultimately, however, promises that were made to me are beginning to be kept.

HERE’S WHAT HAS CHANGED

Platinum talent will be very happy to learn that as of just a few hours ago, the system for inviting Platinum talent to jobs has been restored to its previous form, in that all Platinum talent will now receive all job postings that match their profile the moment they are posted, at the same time, regardless of where Voice123’s algorithm may “rank” a given talent. While this affects only a minority of Voice123’s membership base, it represents a major promise fulfilled on the part of management, restoring the value to a tier that elite talent are paying between five and six thousand dollars a year to be a part of. Note that this will apply only to jobs posted since the change was made today, so if you are a Platinum talent there may still be a few stray jobs in the queue that were posted earlier but are only now being approved, and those will still be governed by the sorting algorithm. In the past few hours about 75% of the jobs I’ve been invited to have reflected the change, and that should increase to 100% over the next day or so.

The watermark that Voice123 had added to auditions has been removed as of yesterday. It may be replaced with something optional or less obtrusive at some point.

Right-clicking functionality has been restored as of late last week.

There seem to be far fewer network errors and bugs, though some stray ones are still popping up.

Naturally, these fixes have not resolved all of the issues talent have been experiencing. The biggest outstanding question is how buyers are outlining usage in their posts. Personally, I’d love to see them go to a simple and mandatory check box system, but they continue to be resistant to this idea. They are, however, planning to adjust things in the coming days and weeks to try to steer clients to give more information, and this could take many forms. I’ll report back when I know more, but rest assured that along with many other members I continue to hammer at this issue in every meeting.

Next up in my opinion is removing the mystery surrounding how their algorithm is sorting audition distribution for Premium subscribers. I believe we are getting through to them on this, and hope and expect that a webinar from Voice123 with precise detail of the algorithm’s principles and functionality will be forthcoming. Paying talent have the right to know how the system works. For the moment, the best advice for Premium members continues to revolve around being highly selective in your auditioning choices. Keep an eye on the Invitations tab when you click on a job, which is where you’ll find your rating, (top ten percent, bottom fifty percent, etc..) This is not visible to the buyers, but it will help you determine whether the way you are using the site is working or not vis-a-vis the algorithm.

The questions surrounding budgets listed as, “up to,” and the controversial “negotiable” toggle are being addressed. Whether these are removed or more options are added, (such as a TBD button and the ability to add text to the quote box, or even a restoration of the previous budgeting choices,) is not yet certain, but the proactive questions I’m getting suggest that this is an important action item for them based on our feedback.

General functionality issues are very much on their radar. Given workload, I expect these will be resolved slowly but surely.

WHAT CAN YOU DO?

Don’t stop giving them your feedback, through whatever methods available. When you run into bugs, report them. Make your voice heard.

Things are not perfect. They may not be for some time yet. But I am deeply heartened as I look out over the online casting landscape at the moment to see the voices of talent effecting change. Sites are communicating with us about the things we find important. Some of the greatest transgressors are perhaps seeing the error of their ways. New players are popping up with previously unseen frequency and are committing to transparency and ethical conduct in ways that were unheard of even five years ago. This is because of you. Because you refuse to be silent. Because you refuse to allow our industry to be swallowed by the gig-economy maw that has consumed so many others. Because you have the courage to stand up and declare your worth. Because you have recognized that while the march of technology can’t be stopped, it can be mastered and controlled when we stand our ground. Don’t stop now. The future of this industry belongs to all of us.