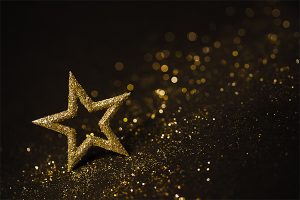 Who doesn’t love an old-fashioned New Year’s predictions article, right? Here are my thoughts on what we have to look forward to in the voiceover industry in the coming year.

1.) Having an abundance of audition and work pipelines will become more important than ever. If you don’t have at least five regular sources of potential work, you don’t have enough. What is your 2018 strategy regarding agents, production company rosters, online casting, networking, SEO, and more? Make sure that your stream of opportunities is diversified. In our shifting industry, putting all of our eggs in one basket is folly.

2.) The online casting marketplace will be in greater flux than ever. Two sites remain legitimate sources of legitimate work. Two others require a lot of nose-holding to get to the legitimate work, and new players are popping up faster than ever before, a few of whom may have a chance of sticking. The Voices/Voicebank acquisition has set off a well-funded rush to create alternatives and has spurred existing competitors to up their game. Look for a stream of big news in 2018, most of which will be positive for the talent community.

3.) Commercial rates will remain under pressure due to greater access to talent and, more importantly, declining ROI from traditional advertising. This trend will continue, while non-broadcast narration and eLearning will hold steady or get stronger pay-wise as there is more demand than supply in this business. Are you just chasing unicorn jobs, or are you building your business with less glamorous but more consistent work?

4.) VO Atlanta 2018 will be an unforgettable celebration of our industry as over 600 voice actors occupy an entire hotel. May God have mercy upon the staff!

5.) Minority voices will continue their ascent. Talent who ten years ago would have been considered niche VOs are now booking daily and making big bank. This trend will only accelerate as buyers clamor for diverse voices to reflect shifting consumer demographics.

6.) A distinct three-tiered marketplace will more fully emerge in 2018, consisting of LA/NY-based union work at the highest end, a large and thriving quality non-Union marketplace upholding market rates and using the copious resources available to learn to negotiate for things like residuals and limited licenses on their own terms, and finally, the ever-growing cut-rate marketplace typified by sites like Fiverr. As much as we often get animated over the latter, I predict we will see a settling of tensions in the New Year as it becomes clear that each market is composed of distinct buyers and talent and that while some crossover exists, it is only at the margins. The Walmart, Macy’s, and Louis Vuitton analogies are somewhat trite but not entirely without merit.

7.) Political VO will continue to experience an unprecedented boom in our current 24/7/365 election cycle. I’ve never seen an off-year as busy as 2017, and wherever you stand on the current Oval Office occupant, his presence will drive political VO business through the roof during the 2018 mid-terms. It is worth a serious look if you aren’t active in this genre!

8.) Acrimony in the industry will diminish as panic over how our industry is evolving calms, and we each become more readily able to discern how to turn change to the advantage of our businesses. We will still call out predatory coaches and demo mills, and be ever vigilant with regard to the companies and platforms that wish to profit from us, but I believe that in 2018 we will look back on 2017 as a year that proved that when forces set out to exploit us, we rise up and meet the challenge, no matter how well-funded their attempts may be. In an industry where the product walks, talks, (a lot,) and is limited in quantity and quality, we control our own destiny, and we remain united in our desire to lift all of our ships together on a rising tide of success and prosperity.

9.) Oh, and the Patriots will beat the Saints in another Super Bowl thriller, 35-34,