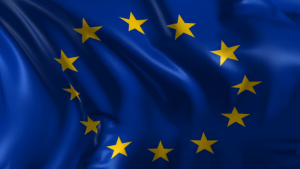 In my last article, I spoke of this as a new Golden Age of Voiceover, in which opportunity is more abundant than ever. However, that doesn’t mean that we live in an era free of dangers. Quite the opposite. Legislation from across the pond can show how voiceover licensing is handled. Our industry has learned that corporate interests would like to exert control over our work, which infringes upon our rights to license what we produce and how much we are paid. What we’ve experienced so far is the first wave of predators. These have mostly taken the form of VO-industry-centric startups that have grown to become significant players in our small little world. Some have acted nobly, some have straddled a fine line between talent interests and corporate/buyer interests, and some have gone full evil.

Yet, this is only the first wave. Our industry is vulnerable for two reasons:

1.) There is enough money at play to begin attracting interest from players outside of our little world.

2.) Technology implemented to control voiceover casting can easily be adapted to the far more lucrative world of on-camera casting.

The second wave threat to the voiceover business will be from big money interests who wish to prove they can profit off of our backs before making sure the next George Clooney can only find work on their terms through their portals. Amazon, Facebook, Google….they are coming. Billion-dollar private equity firms are coming. Heck, some of them may already be here.

How in the world do we fight back against that kind of influence?

Some are working on waking the union from its slumber on technology and prodding them to be both more inclusive and aggressive. This is a highly noble goal that should be strongly supported.

But bigger guns may still be required.

Earlier this month, the European Parliament, the Council of the EU, and the European Commission (together, these are the bodies primarily responsible for crafting legislation that applies to all European Union countries) completed an agreement on new rules to “make the copyright rules fit for the digital era in Europe and bring tangible benefits to all creative sectors, the press, researchers, educators, cultural heritage institutions, and citizens.” Once formally confirmed by the European Council and Commission, which is a formality, the law will be published in the Official Journal of the EU. The member states will have 24 months to transpose the new rules into their national legislation.

According to the European Commission’s press release (https://bit.ly/2TYRuCg), the impact of the legislation will include the following:

Ultimately, this legislation (though primarily inspired by the difficulties faced by authors and musicians) will substantially influence how voiceover licensing is handled within European Union countries. It is likely to lead to a much more talent-friendly environment and keep that environment from being eroded by corporate greed.

Now, the United States and Canada are not Europe. Politicians, especially in the US, have historically been far more friendly to big business needs than the little guy. But the times, they are a-changin’.

As the worker’s voice becomes louder across the United States, driving political earthquakes on both sides of the aisle, politicians are likely to become far more receptive to backing legislation designed to protect artists and performers from rapacious corporate interests. On both the left and the right, cloaking oneself in the approval of everyday working Americans is the wardrobe of choice at the moment, and it is perhaps a moment that our industry should not fail to seize.

It’s one thing for us to collectively be vigilant, to organize into non-union industry guilds, and reconstitute a stronger talent union if those initiatives pan out…..but imagine how much more powerful our voices would be if they were supported by our congresspeople and senators, and by actual legislation that drew a line in the sand and said to those who would exploit us: You shall not pass!

What do you think? Does the voiceover industry have the collective strength to lobby for our rights and interests?  I have faith that we do.