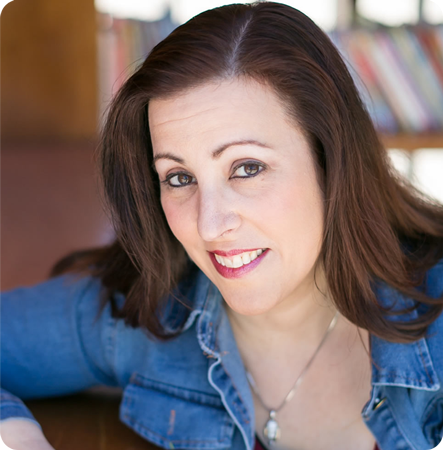 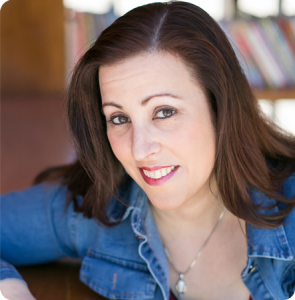 I recently had the privilege of working with the absolutely brilliant Jodi Krangle at my Las Vegas Conversational VO workshop, which led to our collaboration on two spectacular new FIRST CLASS DEMOS. (http://voiceoversandvocals.com/) Jodi is one of the most gifted talent I’ve had the chance to direct…..I joke that she made me feel like a potted plant most of the time, just nodding my head in agreement with her flawless reads. In this interview, we get to know Jodi a bit more, and find out about her journey in voiceover.

How did you get into the voiceover business?

JODI
I’ve been a singer all my life (http://www.jodikranglemusic.com) so being in front of a microphone – both with recording or live performance – is something I already loved doing.  Way way back, before the Internet, I remember seeing a newspaper ad that mentioned voiceovers and how you could just “take this course” and then “go on to great things” (I’m paraphrasing).  I took their “course” (I use the word loosely), at a downtown Toronto warehouse-like classroom with a bunch of other folks and then they handed me a cassette tape they’d recorded as I tried things out, that made me sound just like everyone else in the class (I remember it being SUPER bland!).  And then they wanted something like $2000 to continue on with the course work and end up with a demo.  I didn’t have that kind of money so it fell by the wayside. I had no idea what kind of scam I’d narrowly avoided.
In 1995-96, I volunteered my time to the Canadian National Institute for the Blind (CNIB) reading books on to tape because I thought it would be fun.  And at that time, it really *was* tape – reel to reel.  I found the operation of the equipment to be almost more interesting than the voicing.  That was my first hint that I probably wouldn’t end up voicing audio books. 😉
I ended up working in web design, and then Internet marketing for clients around the world up until 2007.  I woke up one morning and just couldn’t do it anymore (WOW was I bored! And by then, Google was basically the only search engine in town).  It was time for a change.  I searched on the Internet for more information, found Julie Williams’ voice over message board, volunteered some more on Librivox.org … and things progressed pretty quickly from there.  I was still an entrepreneur working from home.  It was my focus that changed.  And a lot of the things I’d learned about the Internet up to that point – and about running my own business – helped to get me where I needed to be in my voice over career.

You’re based in Canada, right? How does the market there differ from the US

JODI
It’s really not that different, other than the fact that there’s a smaller market here.  And Canadian content laws (to keep the 9 billion pound elephant on our doorstep from taking over our media. 😉 ).  Since I’m just outside of Toronto, that’s my “home” market.  And it’s a lot like NYC or L.A. in that you really need to go into the studio when you get a gig here.  The client wants to be there.  I’ve been in some fantastic studios, met some amazing audio engineers and worked for some really fun and prestigious clients here.  But honestly, since the majority of my work these days is with people who *aren’t* local to me, I spend more and more time in my “padded room” (i.e., professional home studio).

What was your most memorable job as a voice actor?

JODI
I tend to get a lot of work as a “straight man” to counter the funny happenings on screen.  In one instance, I was the end announcer on a spot where a woman decides to take pole dancing lessons to “break out of the ordinary”.  It was for Ontario Turkey.  https://www.youtube.com/watch?v=C4mbxYkVMFE  (There’s a slightly understated kind of tongue in cheek humor here in Canada that I have always admired.) That was one super fun session.
Here’s another commercial where I once again ended up in that role: https://vimeo.com/62899763 (for Goo Gone Oven Cleaner).
I don’t know that I have *one* most memorable one.  But I’ve done everything from voicing an instructional video for a conception aid, to the voice of a fairy queen in an animated cartoon, to a singing ladybug (reminiscent of Billie Holiday) for an iPad app.  Every one of them has been memorable in some way. I’m sure in another 10 years, I’ll have some more interesting stories to tell!  It’s different every day – which is what I love about doing this.

The landscape of the industry continues to shift. What are you doing to prepare for the future?

JODI
I’m researching and contacting potential clients directly, reaching out to them personally.  Agencies often have a set roster that are their “go to” people and my goal is to be on a lot of different rosters, all over the US, Canada and Europe.  Each company has access to different types of projects and I love the diversity.  I’m also focusing on adding content to my website to help with SEO and I participate in Facebook, LinkedIn & Twitter.  And along with that, I’m a member of both Voice123 and Bodalgo.  I don’t audition often on either of them, but when I do, it’s for projects I know I have a good chance of landing.  And my ratio is pretty darned good.  There’s a lot to do – so I take it one step at a time.  That way, it doesn’t become overwhelming.

What advice would you give anyone just starting out?

JODI
Coaching is so very important.  It’s a constant – not just to keep track of trends, but to keep track of *yourself*.  (I still get coaching and will continue to do so until I leave this business – which won’t be for a LONG time.)  The thing that makes you unique in your delivery of the words you speak, is something that can be hard to tap into when you’re a beginner behind a microphone, in a completely manufactured environment (and occasionally in front of a crowd!).  First, you need to overcome that manufactured environment and trust your own imagination.  And then you need the techniques that will make all of it sound natural.
Maybe I’m deconstructing this too deeply, but ultimately, it’s about delivering a script with *your own* authentic voice.  A coach will help you find it.  And your “voice” may change over time.   But you can bet – even if a client can’t quite put it into words – they can hear your authenticity (or lack thereof).   Hone the craft and you’ll never regret it – even if a particular coach’s instructions don’t resonate with you in the end.  In that case, keep searching.
Oh – and if any coach tells you he/she can teach you how to do this over a weekend and will get you a demo when you’re done – for the bargain price of only x amount of dollars (which is generally astronomical) run away REALLY fast.  There’s no easy fix or fast track here.  If you’re serious about this, the rewards can be wonderful – but it takes time, money and dedication.  Sustainable careers don’t start without investments – of at least *some* kind.
Have a look at the World Voices Organization –  https://world-voices.org/ – an industry association specifically for voice actors, where you can find resources, advocacy and support.  They have an excellent mentoring program that can help too.

Previous PostOnly Human: How to Use Service Recovery Effec...
Next PostBidding on Online Casting Sites: How to Maxim...