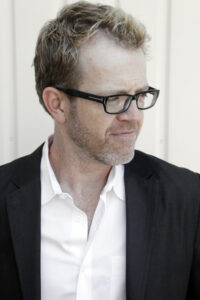 With great pleasure, I can announce the expansion of the JMC Demos brand into Audiobooks, led by our new Audiobooks Division Director Scott Brick.

As a demo producer, I’m a firm believer in the adage that to create a quality reel, the producer needs to play in the genre being produced, whether as a VO, behind the glass, or both. JMC Demos has long counted on the expertise of A.J. McKay to lead the Radio Imaging demo process. For years, JMC Demos did not produce Animation demos, Video Game demos, or Audiobook demos because these are three areas in which I don’t regularly work, nor do I seek to.

A few years ago, because of frequent requests to produce character reels, I brought on the fantastic tag team of Matt Curtis and Chris Sharpes to head the JMC Demos Character Division. We began producing Animation and Video Game demos. Their hard work culminated in a 2021 Voice Arts Award win for Daniel Ross’s Animation demo and has helped numerous other Vo’s book work in these challenging genres.

Before the pandemic, we also expanded into Spanish-language demos under the leadership of Juan Carlos Hernandez-Babic. Recently, we’ve been fielding tons of requests to produce Audiobook demos from our existing JMC Demos clients and others. Ultimately, I decided it was time to take another look at a genre that is so popular among voice actors and consumers alike.

This led me to Scott.

Scott Brick is not only a good friend, but as most of you are aware, he is arguably the most accomplished audiobook narrator in the genre’s history. Scott has narrated almost 900 audiobooks, including titles such as Jurassic Park, the Jack Reacher series, Alexander Hamilton, the Hunt For Red October, The Passage trilogy, In Cold Blood, the Bourne trilogy, Atlas Shrugged, Helter Skelter, Fahrenheit 451, and the Dune series.

Having just celebrated his 20th Audioversary, Brick’s venture into audiobooks is now considered legendary. To date, he’s won over 60 Earphones Awards for his narrating skills, five Audie Awards, five SOVAS Awards for voiceover, and a Grammy nomination for the multi-cast recording of The Mark of Zorro (2011). After recording 250 titles in his first five years, AUDIOFILE MAGAZINE named Brick “one of the fastest-rising stars in the audiobook galaxy” and proclaimed him a Golden Voice. Still, the WALL STREET JOURNAL sealed the moniker with a front-page article in November 2004.  PUBLISHERS WEEKLY then honored Brick as Narrator of the Year in both 2007 and 2011.  That honor was followed up with another feature in the WSJ in 2019 and a recent appearance on the CBS Sunday Morning news show.  And the ultimate distinction – being inducted into the Audible Narrator’s Hall of Fame in 2018.

As the new Director of the JMC Demos Audiobook Division, Scott will take the lead in scripting and directing the Audiobook reels of our demo clients and coaching perspective demo clients when appropriate. Scott will also collaborate with the JMC Demos engineering team to ensure that production meets industry standards for this particular genre, ensuring that the final product isn’t just a showpiece but a tool to book work and advance the voice actor’s career.

On behalf of the JMC Demos team, I am thrilled to welcome Scott as part of the family, and can’t wait to see the results of this collaboration!