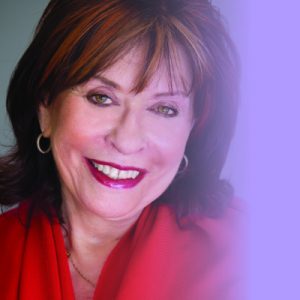 Juliette Gray is the very definition of class as a person and a voice. Recently, I had the privilege of producing a new suite of demos for this class act, and she was a true joy to work with. You can hear her here: http://www.juliettegrayvoiceover.com/

Today, Juliette shares her thoughts on the business with all of you.

How did you first get into voice acting?

I had been working for the movie studios in Los Angeles for 15 plus years and although there were times when I really enjoyed it – there were many times that I felt like a prisoner between 9-6 – sometimes later. I had to leave my identity at the door so when the opportunity came to take a lay off I took it.  After a few months of collecting unemployment, the thought of going back into another office environment started to make me feel physically ill.  Then one day I was in an athletic footwear store (which is an almost never for me) and the person who helped me was British and he told me that he was studying voice over.  I didn’t know what that was but he gave me some information and once I went to the first class I felt a level of enthusiasm that I don’t remember having before.

As a British talent based in Los Angeles, what has been your experience of the American VO marketplace, and how does it compare to the industry in the UK?

I really don’t know much about the U.K. Market, as I never worked in the U.K. as a VO.  From my research I think things are quite a bit different locally although a lot of U.K. talent are crossing the pond to see what we are up to here and how they can get into our market.

I will say that I have worked for more clients in continental Europe than in England.   That could be because they already have so many British people.  But if I make that assumption then it doesn’t say much about me having a unique style and brand. Its just that I have to work harder at marketing for people over there to find out I exist (therefore I am!) – sorry Descartes.

I think there is also some disparity being in a time zone where we are not at work at the same time during business hours and the fact that in London at least a lot of the clients like the talent to physically come in.

The good thing over there is a lot of jobs are filled just from demos and not so much from auditioning. As I just completed a Transatlantic reel I plan to market that to England which may be of more interest to them than “just another British demo.”

What do you miss about England?

Not the weather! Although when the sun does come out you feel you have really earned it compared to Los Angeles where you feel sometimes that you wish it would rain.

I miss the energy of London and having real walking streets where you can window shop and watch people in cafes.  It has a more NYC feeling than L.A. and that makes you feel more a part of humanity which is a good thing.

Also the quantity and quality of the culture, art, music, theatre, fashion, food is so fantastic in England.  Yes there is suburbia – but so many of the neighborhoods have been gentrified in parts of town that used to be awful and its great that there is more to London than the west end now.  It gives people a wider perspective on what a good life can offer.

The great thing about England is the proximity to the rest of Europe and being able to take short weekend breaks to other countries and other cultures.

What has been your most rewarding VO job?

JULIETTE:
I love the jobs where I actually go to an outside studio to record and where there is a director and it seems more like a collaboration.  I also love working that way because the technical part is with the engineer and I can concentrate 100% on my craft.

Working for the U.N. news service on projects concerning the refugee crisis, third world problems like no clean water, and lack of medication, especially for children resonate with me.  I did this job several times a week for a year until they lost their funding and it brought about a visceral awareness of the things that are inequitable on our planet and has made me more pro active in feeling we in the west should be less selfish.

If you had to start over in voiceover, is there anything you would do differently?

I would have done more self-marketing. Looking for my ideal client rather than depending on agents and auditions.

It also would depend on when I would have started because the business has changed even during the 7 years I have been involved.  There comes a time with any pursuit where you have to adjust to new paradigms.  I think I have done that.  I still could be better at the tech side of things and I think if I had been I may have gotten further earlier on.

Unfortunately, there is not enough coaching in this area.  But if you need it there are people out there who can help.  I used to spend way too much time on jobs that didn’t warrant it because of my poor editing skills.  That has improved but if I continue to get long jobs I will either hire an editor or satisfy myself that I am good enough to do it myself. Because now I realize my time is money.  I didn’t think of it that way in the beginning.

JMC:
What advice do you have for talent just starting out?
JULIETTE:
Firstly, be honest with yourself about whether you are cut out to do this work.  Do you have some innate talent?  If you are not sure, explore coaching and find a coach that is willing to be honest with you rather than just take your money.
I was told by one of the top coaches quite soon after I started that it really takes 10 years to reach a decent place on the ladder.  So if you really want to do this you have to have patience.
Your success is partly people getting to know who you are and building a liking and trust in you.
Do your due diligence.  Don’t put the cart before the horse.  Figure out what your brand is and what you can offer that is different so you stand out.
Then…… you will take incremental steps with some detours on the way.  It can be expensive so don’t complain because it’s an expensive career, but no different than a four-year college degree, just a different way of learning that requires more of you to make sure you are approaching things for your individual needs.  It’s up to you where you spend your VO dollars – a quality sound home studio is a must and coaching is necessary on an ongoing basis. So is keeping up with the trends because styles change.  Watch different news shows to see what the latest technology is and listen to the commercials for products in your demographic.
Most of all you have to believe in yourself to be able to handle the periods where things are slow and use that time productively for marketing and research.
If you have to work a day job until you start building your VO career figure out a way to be able to fit things in during working hours.  Maybe explain to your boss that there might be an occasion when you have to disappear for a short time to do an audition, etc. and that you will make the time up.  But don’t get resentful about your job as you still have to be there, and that negativity can show up in your reads.
Most of all, enjoy the journey and the people in the industry.  You won’t find another area of work like this – so make the most of it.