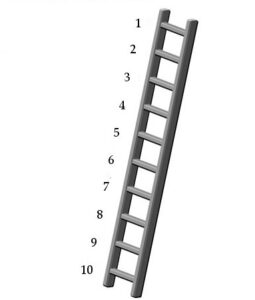 If you’ve attended any of my classes or workshops, you may have heard me mention The Formality Scale. This is something that I use in any genre of voice over, in both auditions and bookings. I developed it as a scale of where I’m going to go with the read. What diction, enunciation, and clarity of speech I feel are appropriate. It affects my choices about speed, and in general what formality I’ll apply to reads. And I’m a numbers guy, so quantifying the range into a numeric scale makes my brain happy.

The Formality Scale numbers 1 to 10, with 1 being the least formal and 10 being the most.  I imagine a 1 as a couple of buddies leaving the bar together in search of good tacos. They’ve probably had a little too much to drink, so their diction is a bit slurred, their speed erratic, the emphasis a little off perhaps, maybe they mumble. Basically, you’re lucky if you fully understand what each one is saying the whole time. This is the most conversational I can be without paying any attention to enunciation. This is 1. It is very rare a read will ever be a 1, but it’s good to know where the absolute limit is and work up from there.

A 5 on the scale is my Baseline read. If we were having a conversation about just about anything, this is where you’d hear me speak. Since you’re a reasonably intelligent person and I like to think I am as well, there’s more clarity to my delivery than there would be at level 1, and in this 5-ish area, sometimes I might be a bit more formal, maybe a bit less, but generally, a basic, normal conversation with family and friends would be a 5.

A 10 on the scale is Symphony Orchestras, 3-star Michelin dining, and the Ritz Carlton. This is where you bring out the big guns of enunciation and precise (and slightly affected tone). Think Thurston Howell III and you’re getting close. As with a 1, a read is unlikely to be a 10, but luxury reads often get close.

So any time I’m doing any kind of voice over read, be it corporate narration, e-learning, and even commercials, I’m trying to intuit from the script, the direction, and what I know of the client and the audience I think they’re trying to attract, what formality is called for in that moment.  For example, Corporate reads will never be a 1 because they’re never that casual. They might be a bit informal, but more often than not, the floor to that informality is a 5 and the read formality only goes up from there. Explainers, on the other hand, are generally more casual, but they still have to be informative, so be careful not to drop much below a 4 unless the client is asking for that. Commercials can fall just about anywhere on the formality scale, so I really pay attention to the script, specs, product or service, and intended audience.

For me, wrapping choices like pacing, diction, intensity, and enunciation in a formality scale helps me dial in on appropriate reads and pivot quickly if the client wants a little more or a little less in the delivery. Analyze the information you have, and see if thinking of the Formality Scale helps you take the right approach on your next read.