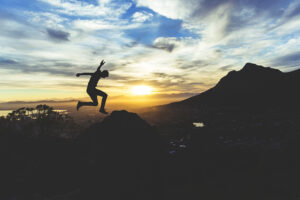 Twice in the past week, I’ve seen the power of bold, even edgy, performance choices on the part of voice actors validated by industry gatekeepers. In one case, a demo client who has a signature snark was signed by a sought-after agent who proactively reached out after hearing his demo that led with a two-bleep beer commercial as the first spot. In the second instance, Executive Producer Kelsea Seavey of Oberland in New York encouraged voice actors attending a GFTB webinar to take chances in their auditions and get her attention by being fun, edgy, and different.

As the pool of voice actors continues to grow, success may be defined by thinking outside the constraints of classic decorum and offering bold choices to stand out from the competition as someone who will likely be fun to work with.

Buyers and agents listen to dozens if not hundreds of auditions and reels daily. The terrible ones are dismissed out of hand, but once the 80% of non-viable submissions are culled, the remaining 20% are still vulnerable to very fatigued ears. In today’s marketplace, making vanilla choices can often be more dangerous than taking calculated risks.

Over the summer, I booked a fun campaign for a trendy credit union by dropping a full line ad-lib into the first take of my audition. The read was about the initial lockdowns in 2020, and the script went something along the lines of, “You probably did some stupid stuff during the lockdown, like filling your living room with toilet paper, or letting your cat run that Zoom meeting….” to which I added, deadpan, “Yeah, your ass is fired,” before continuing with the rest of the script. The ad lib got me hired, and they added a version of the line I created to the actual spot.

Now, this was not a 5 or 6-figure job, and I might have been more circumspect if it was….but perhaps not.

If there’s one thing my voiceover career has taught me, it’s that fortune favors the bold. Half of the battle is just showing up. The other half is making them remember you.

Of course, you always run the risk that you’ll land on the desk of the uptight individual who doesn’t appreciate South Park and American Dad-style humor. However, it’s not always about shock value. Sometimes being bold can mean going way off-spec on a B-take (or even an A-take if you’re feeling really frisky.) I booked a series of Boost Mobile national TV spots several months back by ignoring the spec on my B-take and giving a read I thought might fit better. They went for it. No edgy humor….just their copy in an unexpected manner.

Sometimes, these choices can best be deployed on unexpected content. I’ve booked countless E-Learning and Corporate Narration jobs by unexpectedly dropping an Easter egg into an otherwise bog-standard read. It can pay off if you are the ONE talent among a hundred who takes a shot.

That said, be careful, and trust your instincts. There are many places where ad-libbing or taking an odd approach with delivery style would be a poor or inappropriate choice. A spot about a deadly disease or missing kids is not the place to demonstrate how clever you are. And when it comes to demos, be aware of whom you submit them to. I can think of five or ten agents where a well-placed bleep could get you signed…..I can also think of five or ten who would mark you down for it. You should discuss this with your producer before considering going over the top with your demo. Making a more vanilla version of a spot for a specific audience should not entail a lot of extra expense.

In the end, however, today’s buyers are getting younger and younger. They have grown up with edgy takes on life to a degree that previous generations did not. Safe and vanilla are not the order of the day. Fortune….favors the bold.