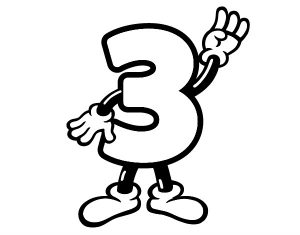 It’s almost the weekend, so here are my three Friday things for the week.

As some of you know, I’ve been pretty loyal to British Airways over the years. Their fleet is modern, it’s easy to earn and use frequent flier miles with a little foresight, and they get me where I need to go in style without spending a fortune. Once upon a time they were pretty loyal to their customers too. When they made mistakes, they compensated you for it….sometimes more than necessary, (I remember getting 75,000 miles once for a complaint about catering.)

Those days are long gone. If you were paying attention to the news over the Memorial Day weekend, you surely saw the chaos at London’s Heathrow Airport due to a mysterious IT collapse on the part of BA. While it was a disaster for many (and one Anna and I barely avoided,) it was predictable considering the current management’s strategy of cutting every expense to the bone. From onboard amenities to cramming in as many seats with as little room as possible to nickel-and-dime customers for every possible cent, British Airways has become a shadow of its former self in the last couple of years. IT was no exception, having been heavily outsourced to India at the lowest possible price. The results were catastrophic.

There is, however, a silver lining to this story and something to think about for the voiceover industry. We live in an era where companies are cutting costs brutally, trying to maximize shareholder revenue and squeeze every penny of profit from their enterprises. This has trickled down into VO in the form of far more back-and-forth over rates than we used to deal with, as clients try to keep their production costs as low as possible on orders from above. Like BA’s IT, this can often lead to compromises in quality.

The blowback from the IT meltdown gives a glimmer of a better future. BA shareholders are demanding an investigation. The CEO is likely to lose his job. The delays and cancellations. along with compensation, will likely cost well over a hundred million dollars. British Airways is learning a hard lesson about the downside of considering cost over quality, and heads will roll. More importantly, the culture of the company is very likely to change.

For those of you lamenting the current state of play concerning voiceover rates, it is worth keeping in mind that the present circumstances have less to do with issues specific to our industry than with broader economic psychology. The world was staggered by the Great Recession, and corporate practices changed…..but those changes are cyclical. As the economy continues to accelerate, and companies recognize that cutting for the sake of cutting leads to poor results, in the end, the marketplace will likely shift once again. When that shift happens, those who have been holding out for professional rates, and not training their clients to see them as a cost-effective option first and foremost, are the ones who will benefit.

When you are directed to be warm, empathetic, and caring in a read, what is your first reaction? A lot of talent process direction technically, so a string of words such as those will immediately lead to a shift in tonality, a more intimate address of the microphone, perhaps a bit of a hush to the read. Intellectually, that all makes sense, but more and more I see talent who are thinking about their reads, not feeling them. Emotions don’t come from technical precision; they come from the heart. This is why one of my key principles as a VO is to always build a character for commercial reads……to never be JMC, but instead step into the psychology of an entirely different person who is living for a brief moment the content of the copy. To get warm, empathetic, and caring, you need to stir your soul, not just your brain.

I’ll be visiting a few beaches over the next couple of weeks. Some for fun, and some for business. Follow along with me on Facebook as I drop clues relating to a MAJOR announcement in the month of June.

Until next time, this is JMC.