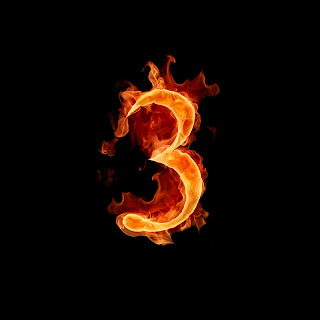 Today I’m launching a new weekly blog series to look at three voiceover-related topics that are top of my mind at the end of my week.

The Future of VO Rates is Here

The issue of rates and compensation continues to percolate around the industry, and there is a certain sky-is-falling character to too much of the discussion. In a figurative sense, the sky may well be falling. Rates at the highest end of the market are clearly under pressure. We are all seeing jobs from agents these days that look like they are missing a zero compared to what they once might have paid. I tend to believe that this is more a result of changing media consumption habits reducing the effectiveness of traditional broadcast media advertising than any supply/demand issue. Still, there’s no denying that there is a lot of talent willing to take on major projects at lower rates than ever before for the sake of the credential. It will be interesting to see how this phenomenon progresses over the next couple of years, but the likelihood is that the days of making deep bank from working strictly on the national broadcast level are slowly coming to an end.

Nevertheless, there is a solid argument to be made that the broader voiceover industry is healthier than it has ever been, and will only continue to offer more and more opportunities to those with the ability to anticipate its evolution. For years, I’ve been telling people that the future of VO success is earning a robust income of $500 at a time. That future is here. This doesn’t mean accepting peanut rates for broadcast or new media work that generates large numbers of impressions but rather embracing that the future for most talent will be found in corporate/industrial work, eLearning, and local/regional broadcast. Indeed, that’s already how the vast majority of full-time voice actors are making their living. The good news is that as commercial, and especially big league commercial, continues their inevitable decline due to new media and more segmented/targeted advertising, these other sectors are growing at an exponential pace. Moreover, the supply/demand curve for these genres is far more favorable than for commercial and even animation/video game voice actors. There is more work out there than there is a quality talent to do it, which a quick review of auditions from any online casting site or other non-curated talent pool will demonstrate in abundance. The flow of $300-$1,000 jobs have never been stronger, and it will only continue to grow.

The sky is very much intact.

I’ve been following a few discussions on this topic this week, and I’m concerned that the debate over demo length is becoming a little too simplified. Not all demos are created equal. The conventional wisdom of around a minute with a fair amount of variety is a good baseline for high-impact demos like commercial, promo, trailer, and imaging. These demos lead to auditions or a foot in the door more often than direct hires, and buyers in these genres generally tend to be high-end creatives with trained ears able to form impressions quickly. Fast-paced, exciting, and packed with (reasonable) variety is key. No one wants to listen through two minutes of commercials, no matter how good you are.

What gets lost sometimes is the difference between buyers/gatekeepers in the genres mentioned above and those who are hiring for industrial narration, explainers, e-learning and the like. I’ve heard a lot of narration demos lately that are barely distinguishable from commercial demos. When I’m hiring for narration, or considering suitability based on a demo, eight seven-second cuts doesn’t tell me much. Do I want to hear your range? Sure, but I just need to know how much of the conversational to polished spectrum you can cover. 3-4 different styles is plenty. I’m more interested in hearing whether you can sustain a read and engage my audience. These both require more than five or ten seconds of copy. Anyone hiring voice talent for multi-minute industrials/explainers or thousands of words of e-learning has run into talent who can flash greatness in short bursts but cannot sustain a read over time. This leads to awkward situations where re-casting can be necessary and compensation comes into doubt. Buyers in narration genres hire straight from demos more often than they do in other parts of the business. I would much rather hear 3-4 twenty to thirty second reads if I’m making that decision than a bunch of quick cuts. Show me competence, consistency, the ability to tell a story.

It all started with that Facebook Live commercial (youtube.com/watch?v=YDmYpWhuGx8,) and now it seems like the post-Millennial trend is to reads that are actively sounding bored. Not even bored in a slightly edgy or sarcastic way, but rather just disconnected entirely from any emotional investment in the copy. I have my own theories on why this is, but I’d like to hear your thoughts on this emerging trend. Are we all going to have to learn how not to act?

Until next week, this is JMC.